Official launch of Constituency Week in all 14 regions

Today marked the official launch of Constituency Week, a pilot project that aims to bring closer the elected to those who have voted for them. The official National Launch in the Khomas Region was conducted by Hon. Margaret Mensah-Williams, Chairperson of the National Council and H.E. Mrs. Jana Hybaskova, Head of the Delegation of the EU in Namibia.

The objective of the partnership is to increase informed interaction between elected leaders and government institutions on the local and regional levels, civil society groups and the public on issues regarding public policy and rural development, in order to ensure poverty reduction through meaningful “bottom-up” decentralisation.

From February to October 2016, NID will implement a Political Party Capacity Building Programme that addresses members of all Namibian Political Parties. The aim of the programme is to enhance leadership abilities through developing the knowledge, attitudes, skills and behaviour of individuals.

Namibia is a representative democracy. Therefore, it is in the public’s interest to know the views, policies and implementation strategies of political parties contesting in the Regional Council and Local Authority Elections dated for 27th November 2015. Our publication 'Spot the difference' provides an overview of the different political parties by asking them 50 different questions that cover various sectors ranging from national governance, regional and local governance, socio-economic development, education, health, youth, gender, environment and human rights and can be downloaded now!

NID's Executive Director Naita Hishoono presented the project "Strengthening the Interaction between Civil Society and Regional and Local Authorities through Development Committees" in Windhoek. The event was organised by the Desert Research Foundation (DRFF) in collaboration with the Anti-Corruption Commission Namibia (ACC).

Her Excellency Mrs. Jana Hybaskova (Ambassador-designate of the European Union to the Republic of Namibia) and Namibia Institute for Democracy went to Kunene Region to meet with Regional and Local Authoritoes and Development Committees in Opuwo.

The House of Democracy, which houses NID and three other partners of the Hanns Seidel Foundation (HSF), opened its doors for more than a 100 guest to celebrate its first anniversary in Windhoek. 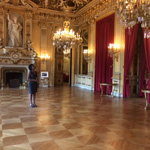 The reason for NID Executive Director Naita Hishoonos visit to France is to get a better view on democracy, civic education as well as NGOs and Governance. The pictures were taken at the Ministry of Foreign Affairs (MAEDI), Centre d'Analyse, de prevision et de Strategie (CAPS0) and the Ministry of Youth and Sports. 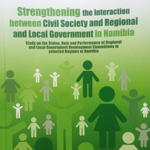 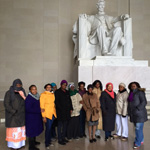 NID Executive Director Naita Hishoono is currently on a three week International Womens Leadership Programme (IVLP) in the USA. Together with eleven other African women Ms. Hishoono recived an invitation by the US-State Department to be empowered as a Woman as Political Leaders. 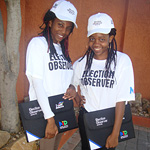 In 2014, Namibia Institute for Democracy (NID) in collaboration with the Electoral Commission of Namibia (ECN) and the Ministry of Regional and Local Government Housing and Rural Development (MRLGHRD) worked on several projects.