"The European Union is pleased to be part of the Project, "Interaction between civil society and regional and local governments in Namibia" which we believe will contribute towards further strengthening decentralization and democracy in Namibia."
Former Ambassador Raúl Fuentes Milani, Head of the EU Delegation to Namibia.

NID is continuously supporting decentralisation in Namibia. The aim is for citizens to share power, responsibility and authority with lower levels of government. NID works on bringing government closer to people, strengthening democratic processes at sub-national levels and contributing to socio-economic development.

In this context, we are implementing a programme based on a grant contract with the European Union to the value of € 334,122. The agreement was signed in 2013 in association with the Namibian Institute for Administration and Management (NIPAM) and the Ministry of Urban and Rural Development (MURD). The three-year project aims to improve the interaction between civil society and local and regional authorities through development committees.

What is the function of development committees?

Development committees were initiated by MURD at settlement, local authority and regional level in the late nineties with the goal to strengthen the involvement of citizens in governance at sub-national levels. Today, they play a crucial and supportive role in the implementation of the decentralisation policy.

The link between development committees and civil society groups is to improve the representation of the residents in local authorities, constituencies and regions. Efficient functioning development committees also play an important role in delivering basic services as water, sanitation, primary health care, housing, economic and community development. They so contribute in pursuing the Millennium Development Goals. 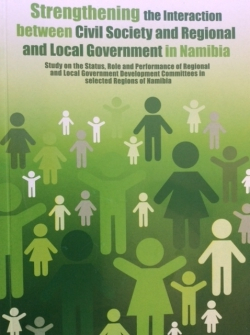 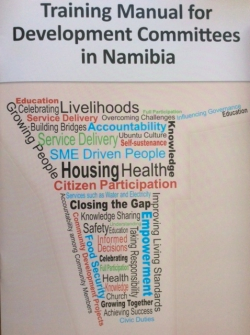 "We want you as regional and local councillors to go to your people, to be among your people, talk to them, listen to them, to their problems, to their needs and when possible, report to your central government for solutions, especially when money comes up”